Challenge Cancer Through Adventure is a registered charity that was established in 2005 by 7 Peak District based adventure activity enthusiasts together with their families and friends. All seven either have or have had cancer.

They wanted to enable other people with cancer or a life-threatening illness to ‘live a dream’ to undertake an adventurous challenge, and to challenge people’s perceptions of cancer and terminal illness.

We are a “local charity”. This means that we are only able to support individuals who live in a defined geographic area: for us that means living in and around the edges of the Derbyshire Peak District.

(click on the pictures for more information on each of them) 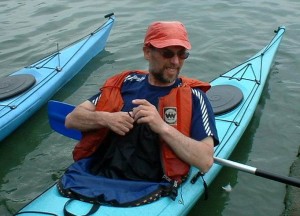 I am a Freelance outdoor activity instructor, and development trainer, living and working in the peak.  In 1993 I was diagnosed with bladder cancer and had to undergo five operations and a dose of chemotherapy, which took a year out of my life.  I thank god I have been healed of it, never the less each annual check up there is always that nagging doubt…

I recognise that as well as this I am one of those very fortunate individuals who get paid to do what I would normally do for fun.  Working in the outdoors has been a huge blessing, and I try to pass some of this on to others in the work that I do. 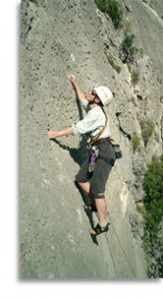 In 1984 at the age of 29, I was diagnosed with an aggressive type of cervical cancer.  I had a radical hysterectomy which showed that there had been a spread to the nearest lymph node so I then had a month long course of radiotherapy to zap any remaining cancer cells.  I made a rapid recovery and was soon back to climbing, running and participating in mountain marathons with little more than a daily dose of HRT and a rather impressive scar to remind me of the experience.

More than twenty years on, I am still very active, working full-time as an outdoor education teacher and adviser.   My current ambition is to take part in a triathlon but I have a lot of work to do on my swimming technique.

I got married six years ago to Roger who has similar interests.  I have no children of my own, though Roger has two grown- up daughters from his previous marriage. 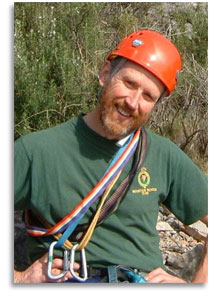 Dave Edwards was born in Blackburn, Lancashire and started caving whilst at school.  He began instructing caving at Whernside Manor in the Yorkshire Dales before moving to the Buxton area in 1976 to join the staff at the White Hall Centre.  Dave soon widened his range of instructing skills to include rock-climbing, canoeing, sailing, orienteering and mountain biking.  He was an active member of the Derbyshire Cave Rescue Organisation from late 1970’s to 2003.

For the latter part of his career at White Hall, he became Deputy Principal, before leaving in 1998 to set up his own business, ‘Dave Edwards & Associates’which continues to provide a wide range of exciting outdoor programmes for colleges, schools, corporate businesses and youth groups.

In April 2004, Dave was diagnosed with small-cell lung cancer. Over the spring & summer, he responded well to a 6 session chemotherapy treatment and in the autumn was back running courses, enjoying a Derbyshire biking holiday and Sardinian climbing with his two sons.

Mid November saw him canoeing with friends and colleagues in Scotland, but sadly in December the cancer regained its hold and he died peacefully on 27th January 2005.
Dave’s amazing ability to inspire love of the outdoors in others and encourage them to push their boundaries is evident in the many stories people recount.  He organised caving trips to the Vercors, canoe tobogganing on winter slopes and many intriguing problem solving challenges for friends and clients!  He was always determined to live life to the full and the always positive and courageous way he faced his final challenge was typical of his philosophy, ‘Always look on the bright side’ 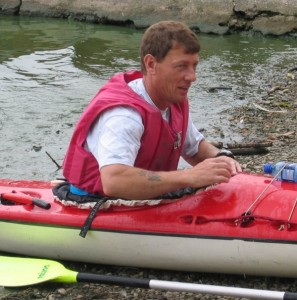 Age 45, I have been climbing from the age of 15, having lived in Derbyshire for the whole of my life, living in the village of Danesmore.  I have been an Outdoor Instructor for the last 20 years, working primarily with children with disabilities, and underprivileged backgrounds.

I was diagnosed with Testicular Cancer in 2001 whilst climbing in Spain, where the cancer was operated on and removed, to be sent back to the UK to receive Chemotherapy, where I am still receiving treatment.

Age 46, I am Irish, and a climber.  I have been climbing since I was 15 years old.  I am a Qualified Teacher and Outdoor Instructor, teaching adventure activities.  My focus in Outdoor education has been accessing adventure activities for disabled people, having been a head of an Outdoor Centre in the Peak District, (Dukes Barn), for the last nine years. 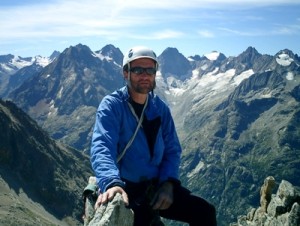 I was diagnosed with a Thymic tumour in April 2002, whilst climbing in America, resulting in surgery and radiotherapy in the UK.  Believing the cancer was beaten I was given a terminal diagnosis with a Thymic tumour and Secondary Lung Cancer in October 2004.  I continue to lead an active lifestyle whilst health permits.

In May 2007 Don achieved his great ambition of climbing El Capitan in Yosemite, and in September he ascended ‘Lurking Fear’ on Washington Column, also in Yosemite.
In December, Don died at home, amongst his family and friends. An inspiration to us all. 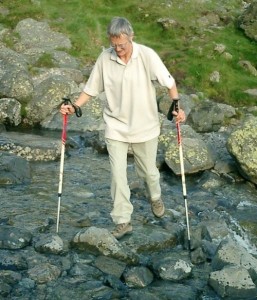 “My name is Dawn Hopkinson and I am 58 years old.  I have lived and worked in Derbyshire for thirty years, I am a keen mountaineer, climber and fell runner.

In July 2003 I was diagnosed with advanced ovarian cancer.  I had had no real symptoms and had been climbing and fell running the week before my diagnosis! 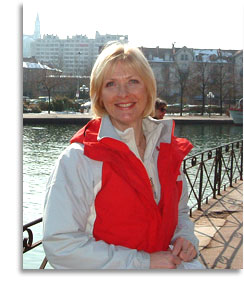 I developed Breast Cancer at the age of 36 and had a full mastectomy followed by chemotherapy and radiotherapy.  I have now been free of cancer for over ten years.

My involvement in the outdoors is through working at two outdoor centres in the Peak District, although this work is office based!  I provide the sole administrative support to both centres.

As my 40th birthday approached I took up fell running in the Peak District and completed my first race as a lady vet!  I didn’t finish in the front few but wasn’t last either.

Through work I have had the opportunity to try climbing and caving, and in the last couple of years have become addicted to skiing.