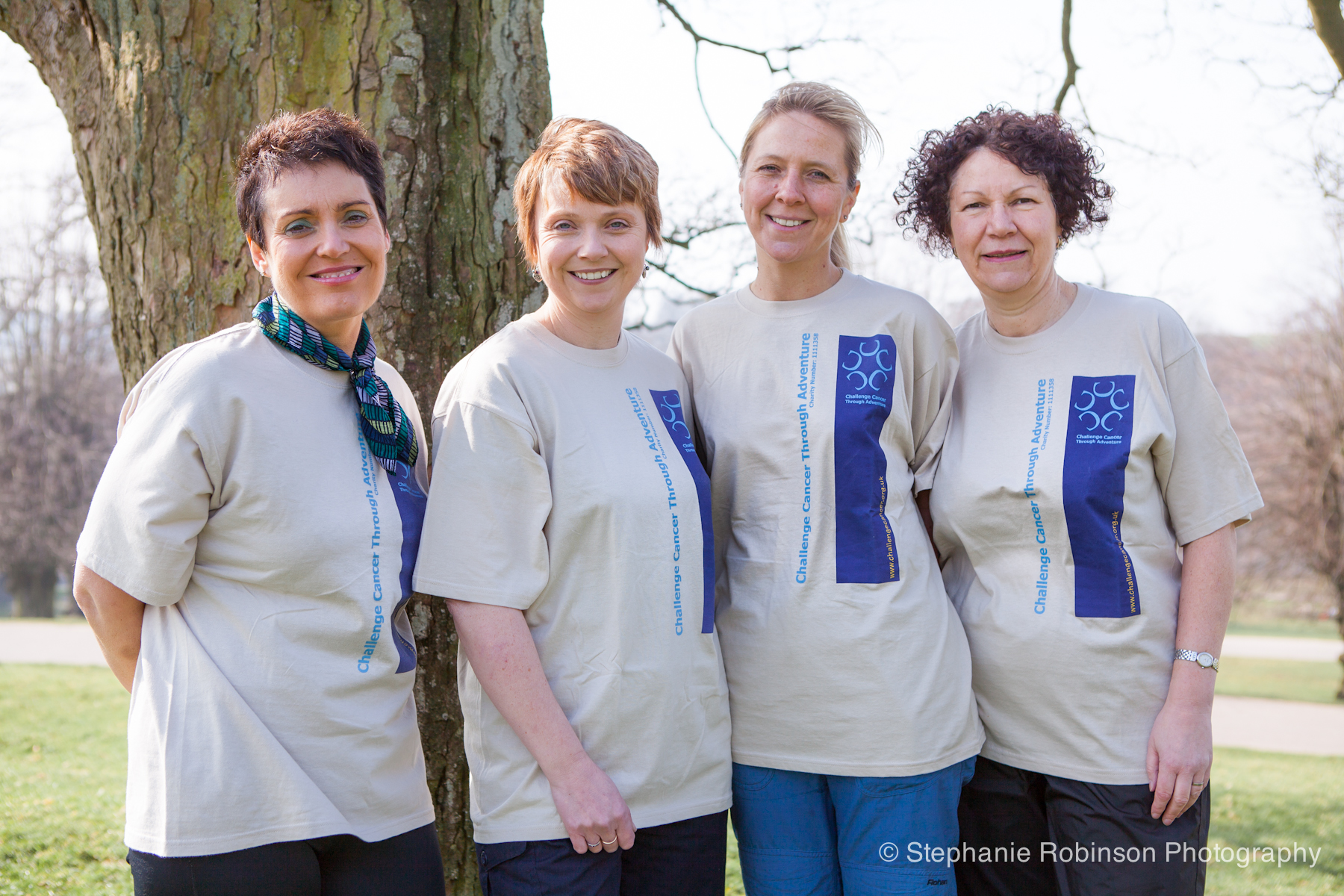 We’re back home and all in one piece!  It’s been an amazing trip, really well organised thanks to our excellent ground arrangers out in Peru: we were in safe hands all the way.  Not that we weren’t capable of looking after ourselves – four strong minded women who don’t take no for an answer!  We met some lovely people who showed much admiration for us and were very moved at what we were doing.  We’ve had a fantastic time – really rewarding and full of unforgettable memories, a mixture of emotions and a great sense of achievement.  I think that some of you out there doubted our ability and determination to complete the Inca Trail but we had every intention of succeeding as long as we could cope with the altitude – it was hard work as there are thousands of steps, up and down, which do present a challenge in their own right, never mind when the oxygen levels were so much lower than what we’re used to at home.  We’ll never spend another four days like it.  The mountains towered higher than we imagined and the climb seemed endless in that we thought we were nearly over a pass and we’d get to what we expected to be the top, and there was another long snaking uphill path ahead!  It’s all about setting yourself a breathing rhythm and walking pace combined with taking in plenty of water and using poles to their maximum advantage.  And not looking up too often!  Needless to say, the views were breath taking and between us we have over a thousand photographs so will do our best to put together an album that can be shown to those who are interested.  The camping arrangements were far superior to what we had expected – really good equipment and tasty food, even a chemical loo. The ten porters allocated to us were laden with heavy loads and still managed to reach the next lunch or overnight stage hours ahead of us, even after leaving the previous point well after we had departed.  We’ll never forget the team spirit.

Lake Titicaca, where we spent three nights, was incredibly scenic and where we pretty much succeeded in adjusting to the high altitude – there are some beautiful islands on the lake, many inhabited by islanders who have been there for generations and are quite happy to continue their “alternative existence” – quite an accomplishment with the distractions of nearby town and city life beckoning younger members of their families.  The lake at 3800 metres above sea level is 165 kms long and 60 kms wide with deep clear blue water looking so clean it just makes you want to take a swim, but that was not advisable as it was also very cold.  The day time temperature was approximately 18°C but at night it dipped to as low as    -3°C! 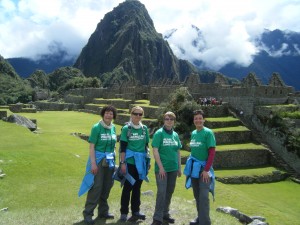 We stayed in Cusco (3400 metres above sea level) for a night before our trek and for two nights afterwards – it is a large city with a population of just over 304,000 people living in the centre and spreading outwards and upwards into the surrounding hills.  Further out many of the houses are built of mud bricks and, amazingly, apart from the roofs which need fairly frequent replacement, stand up to the weather year after year.  It is a vibrant place and we were lucky enough to be there whilst a festival was taking place so the large main square was shut to traffic affording more opportunity for us to sight see in relative safety.  Why is it that other countries’ drivers don’t appear to have the same regard for zebra crossings as those in the UK?

Our expedition to the jungle, in the Amazon basin on the Madre de Dios River in Eastern Peru, where we stayed in delightful wooden river side cabins, gave us a greater insight into the habitats and habits of insects, reptiles, rodents, birds and fish in that part of the country as well as fascinating facts about plants and trees, some of which were the tallest and widest we’d ever seen.  We climbed up to the rainforest canopy walkways to view the vast area of jungle vegetation.  Those rope bridges really can swing even with only one person on them.  There’d been a rather hefty American tourist ahead of us who took great pleasure in swinging them from side to side and shouting out loudly, so much so that it continued to rock once he’d made it to the other side.  Any wildlife present for us to see made a hasty retreat fearing what was about to happen to their familiar surroundings – so not much of a success as far as animal and bird spotting goes!  We enjoyed night time boat tips spotting caiman, owls and capybaras, and giant otters at Lake Sandoval, a rare treat.

On our arrival in Peru we had flown in to Lima and spent just a night there before flying out the following morning.  So on our last day there at the end of our trip, we had a look round the comparably upmarket neighbourhood in which our hotel was situated, on the lookout for shops, cafes and places or buildings of note.  It’s a busy city with traffic jams at all times of the day so walking is undoubtedly the quicker way of getting about.  There is a town centre park where they used to have a problem with rats.  So they brought in the cats who dealt with the problem admirably.  The cats have never moved on and nobody sees the need to move them on so they are still there lazing under the trees and bushes or in the sun.  They are well fed and cared for and did not appear to be feral.  They had excellent road sense and lived happily in their public surroundings sharing benches with families, workers taking a lunch break and those just wanting to sit and gaze or read a book.

Our guide on the trek was a calm, patient and knowledgeable guy who probably does the Inca Trail about three times a month.  He accompanied us to a colourful market in the village of Pisac the day after our trek ended pointing out the best stalls for legitimate bargains and also took us to some more Inca ruins above Cusco.  We learned a lot from him about modern Peruvian culture and lifestyle.  He would love to go to South Africa as their culture and diverse regions interest him.  His job is relatively well paid but a trip like that is only a dream.  The standard of living is very different to ours and the cost of many essential items is high.

Well, we’ve reached over £13000 in our fund raising efforts.  The events we’ve held have been great fun and hopefully enjoyed by all who attended.  We’ve got a Bag Pack at M&S in Buxton on 13th October arranged and we are holding our last social event of the year at Disley Golf Club on the evening of 17th November – it includes a live band, disco and DJ, hot buffet and a short presentation on our trip.  It’d be great to see you if you can manage to come along.  Again, thanks for all your support – it’s been an overwhelming experience and we’ve certainly proved that we are still up for and capable of a challenge after the various obstacles we’ve encountered in the past two to three years.  Best wishes from  Vicki, Bev, Nicky and Helen – Girls Take on Peru xxx 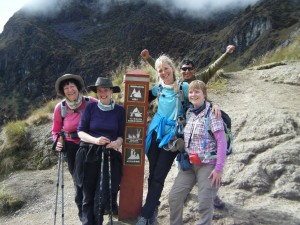